DV, 02:58 min., 2019
The tour in 2020 was so far canceled by Corona so here excerpts from different studio rehearsals: voice-over singing with masks; audio: “The Werewolf Song” (Michael Hurley)/“Lil’ Red Riding Hood” (Kira)/“Cosmic Dancer” (T.Rex)/“Shame” (Angels of Light)/“The End of the World” (Skeeter Davis); slide projection (carousel with timer, approx. four slides per minute), motifs from WW1 battlefield at Mons, Belgium/WW2 battlefield at Halbe, Brandenburg/NVA military area Oranienburg/Tempelhof Airport Berlin/German bunkers at Les Iles Frioul, Marseille (F)
Looking at the current media landscape, whether in games, on ARTE or Netflix the need for mythology seems to be equally prescient and urgent, like the threat of a disastrous rerun, one intertwined in esoteric networks and anti-Semitic conspiracy theories that can be clearly seen elsewhere. At this point I would like to address the brutalism of modernity and its actual realized visible remains and critique it with mythological masks or templates, to derive current connections, whether they are to be found in Little Red Riding Hood or Donna Harraway. Encountering the rationalism of modernity through the projections of various architectural arrangements sometimes conjuring up the ghosts of the past, sometimes creating a mythological charge in the attempt - there is no secret out of the quixotic awareness of the laboratory-like methods. It's a mirror that reflects in many ways. Too the mythological protagonists who I have pulled from various cultural-historical, ethnological or pop-cultural sources will themselves undergo a test. What are they still good for? The wolf is back, he never left, but do extremophiles, aliens and all their contemporary hybrids and chimaeras have comparable mythological potential? 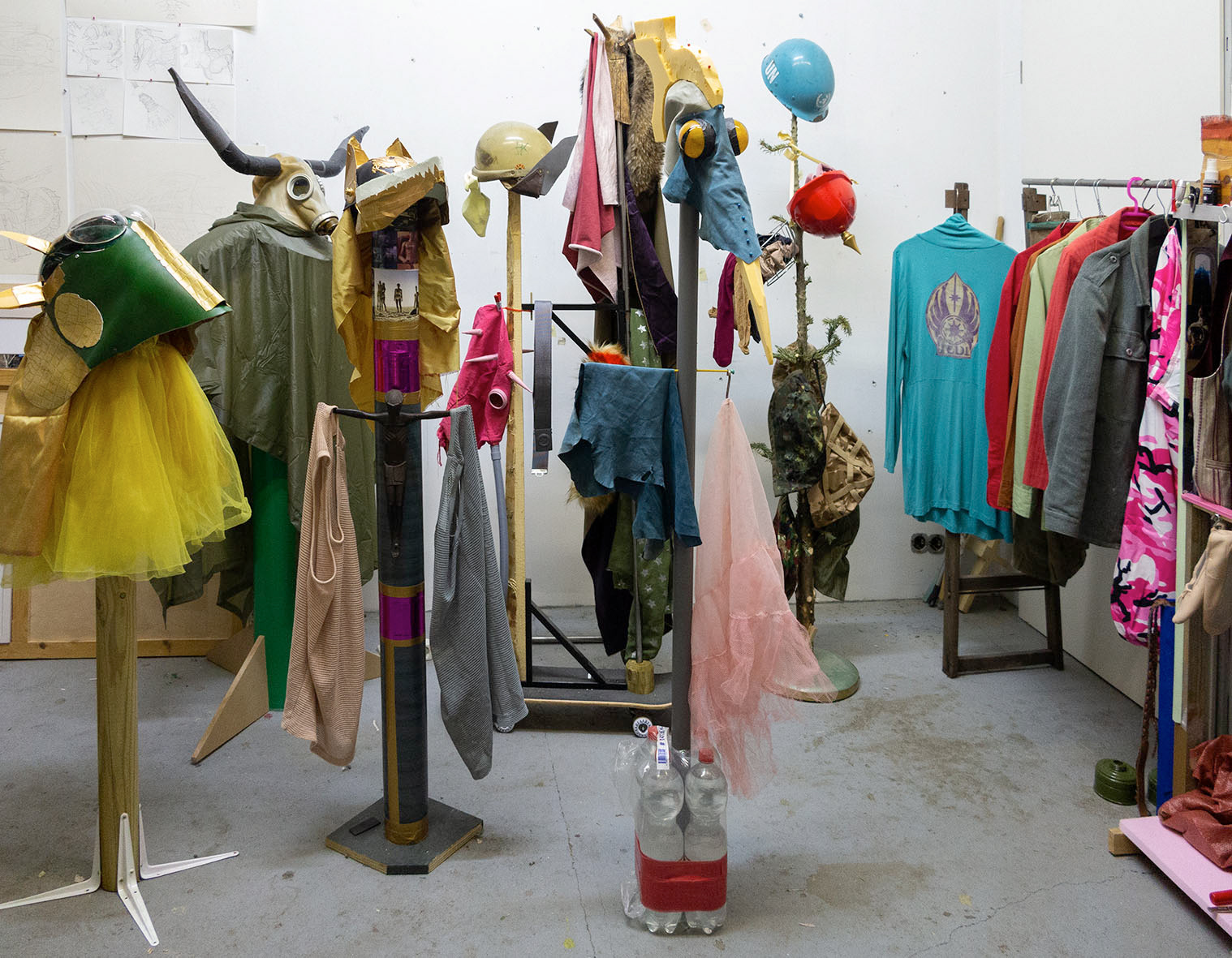 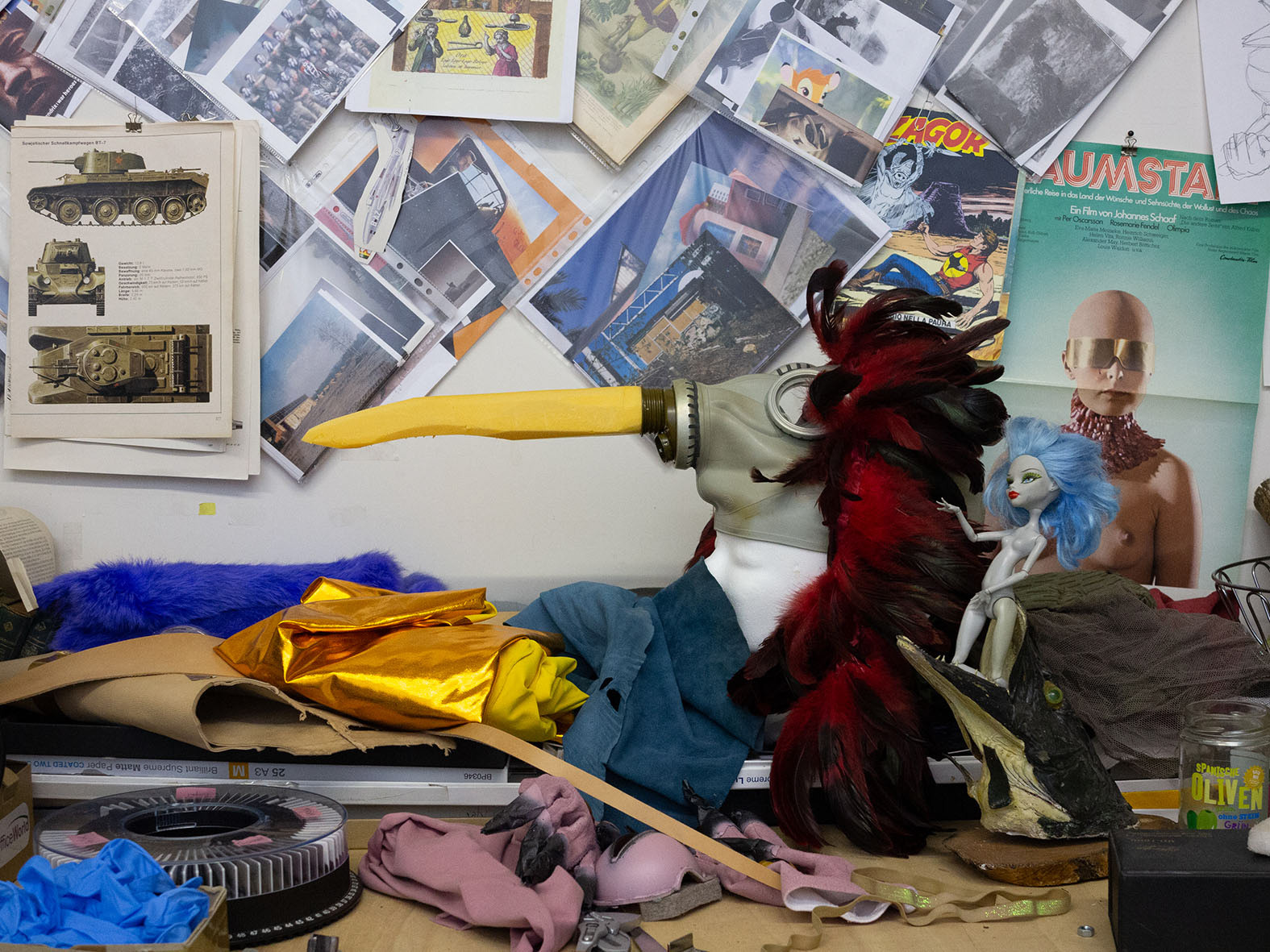 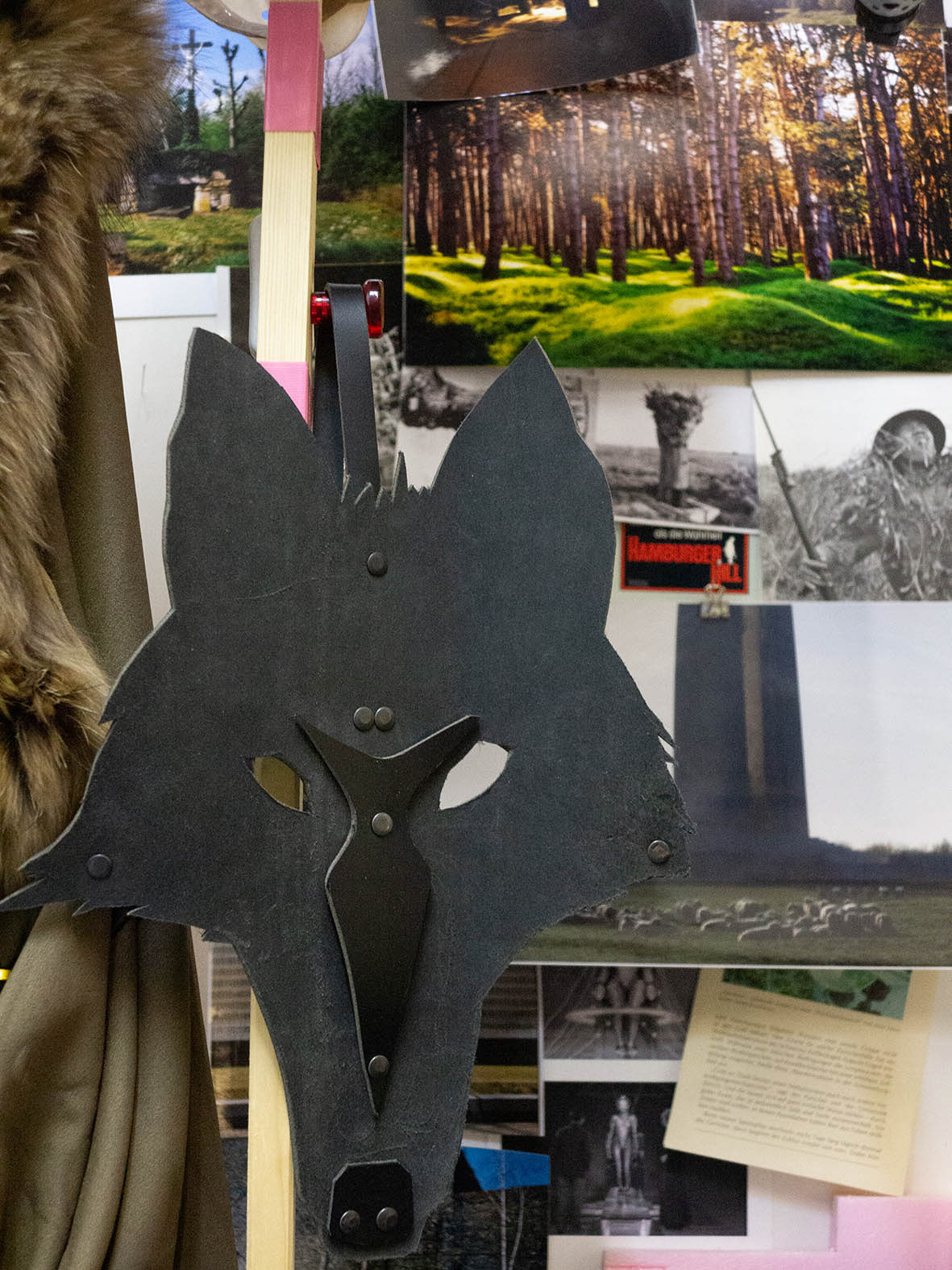 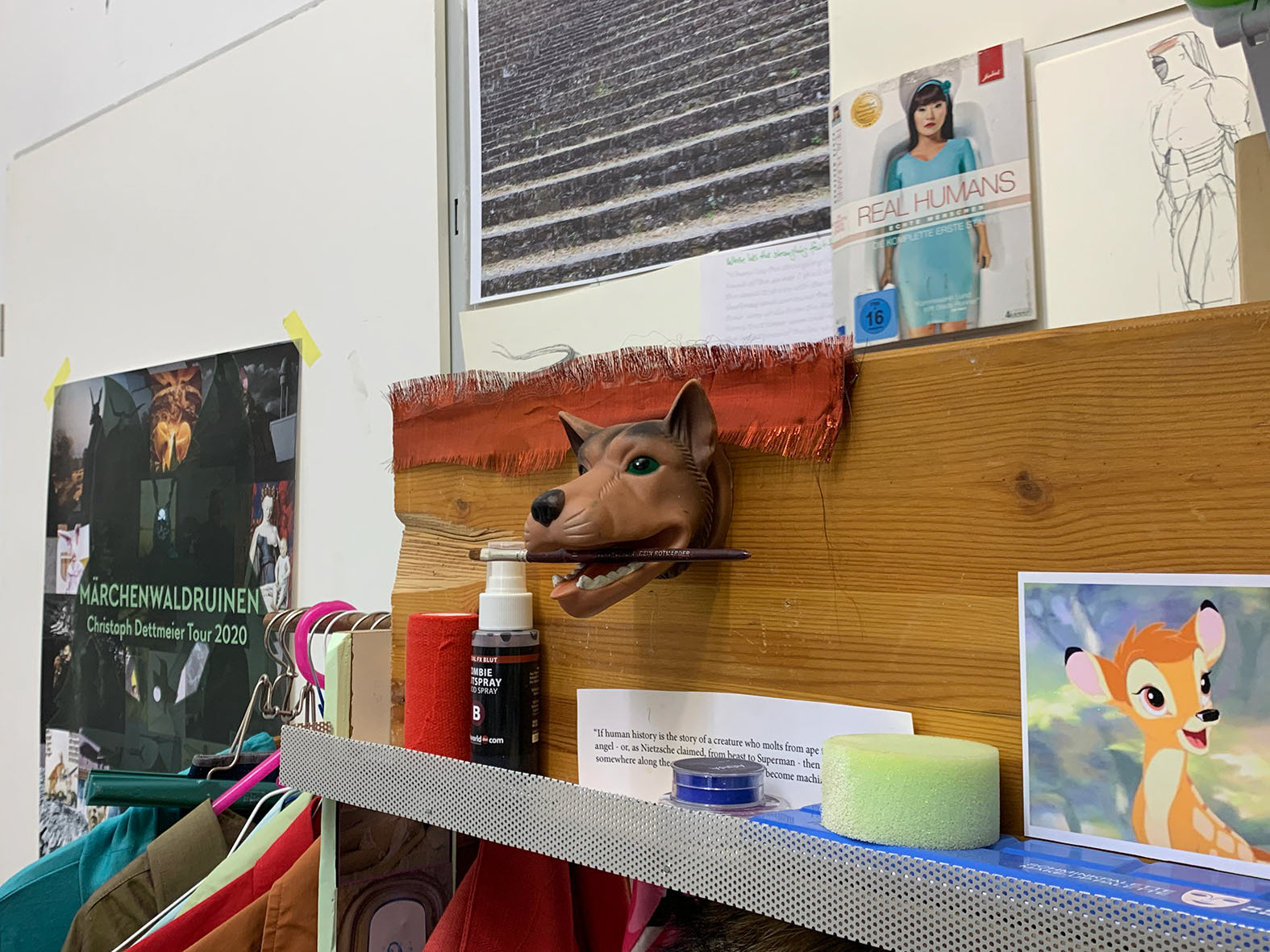 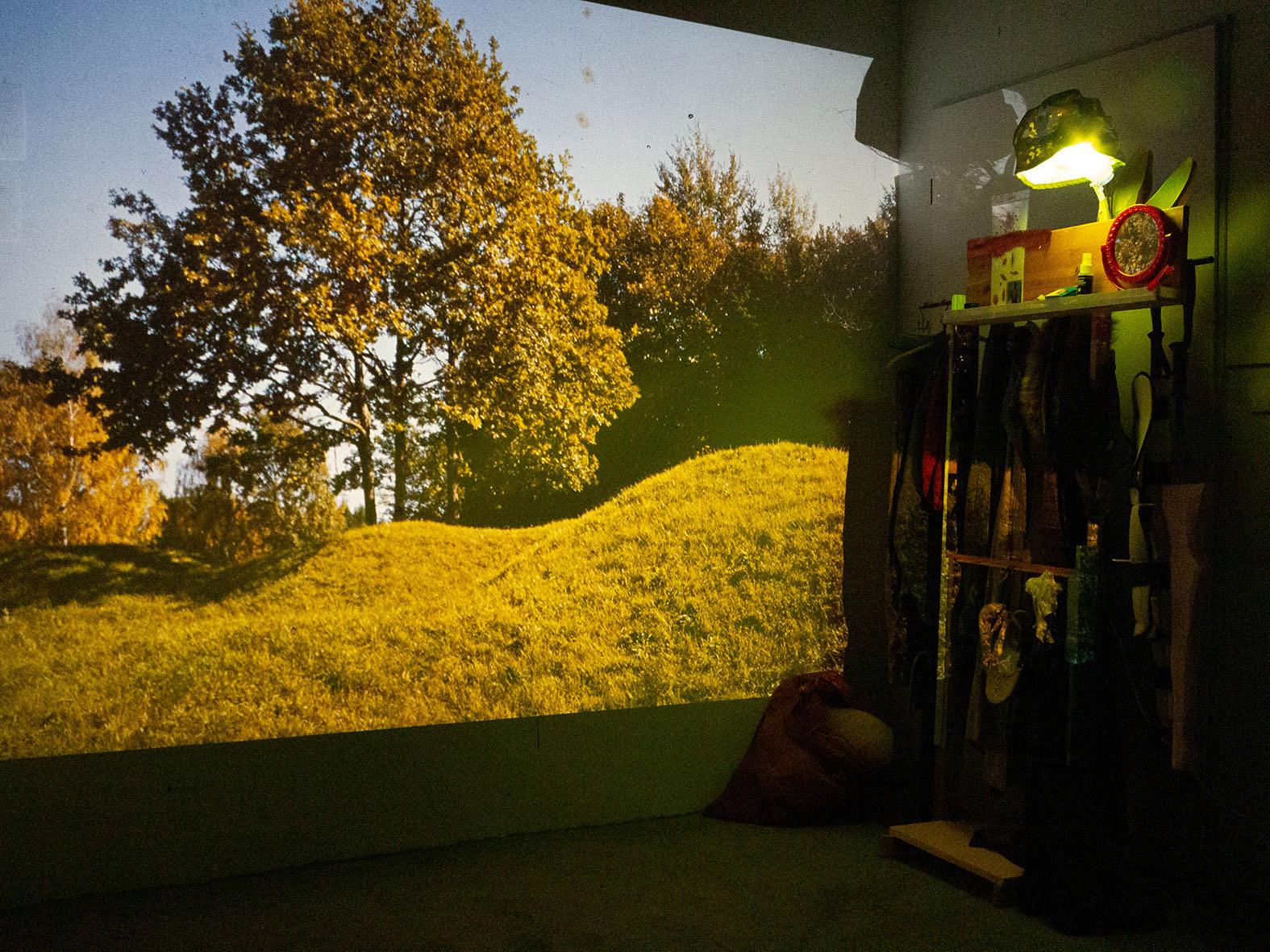 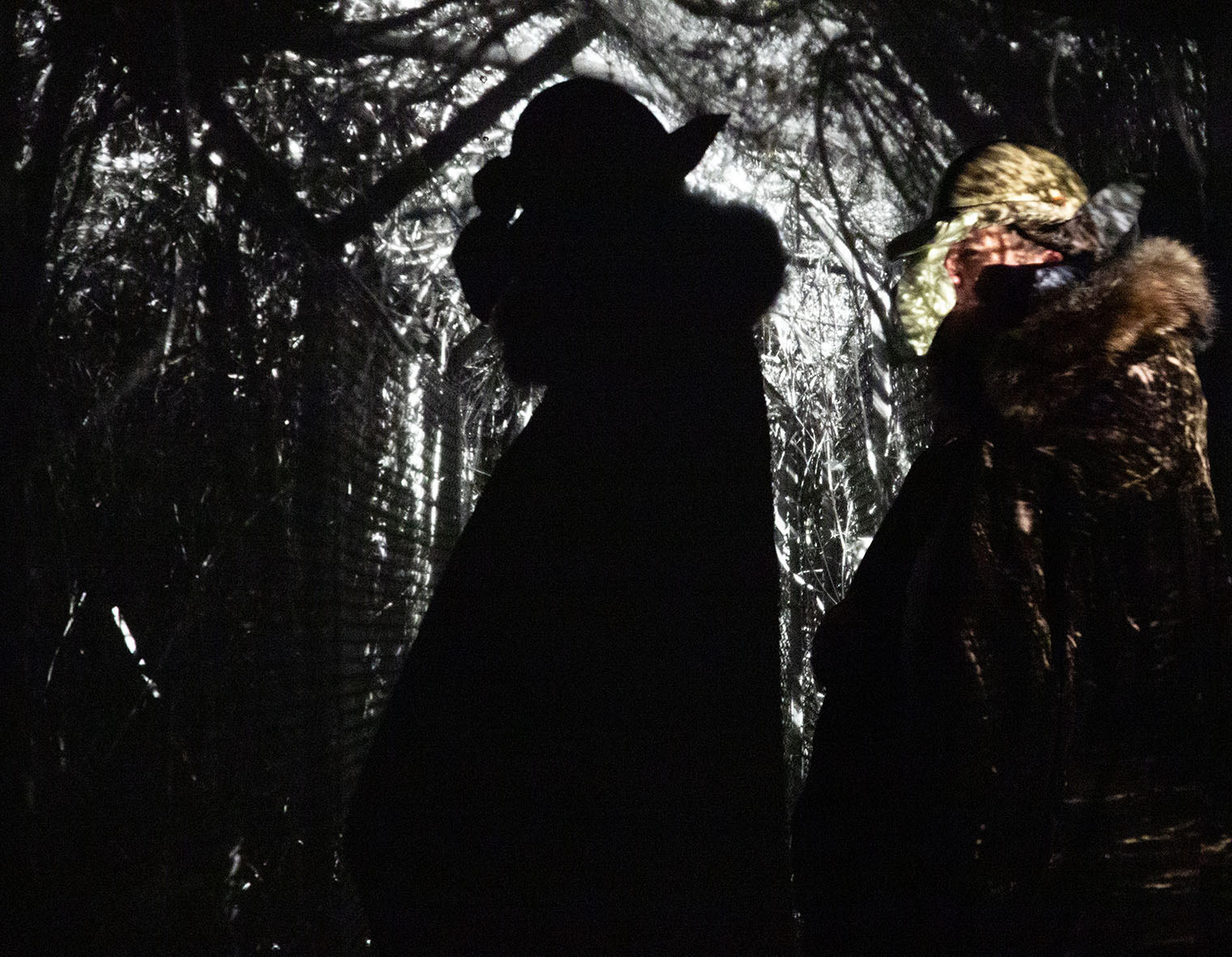 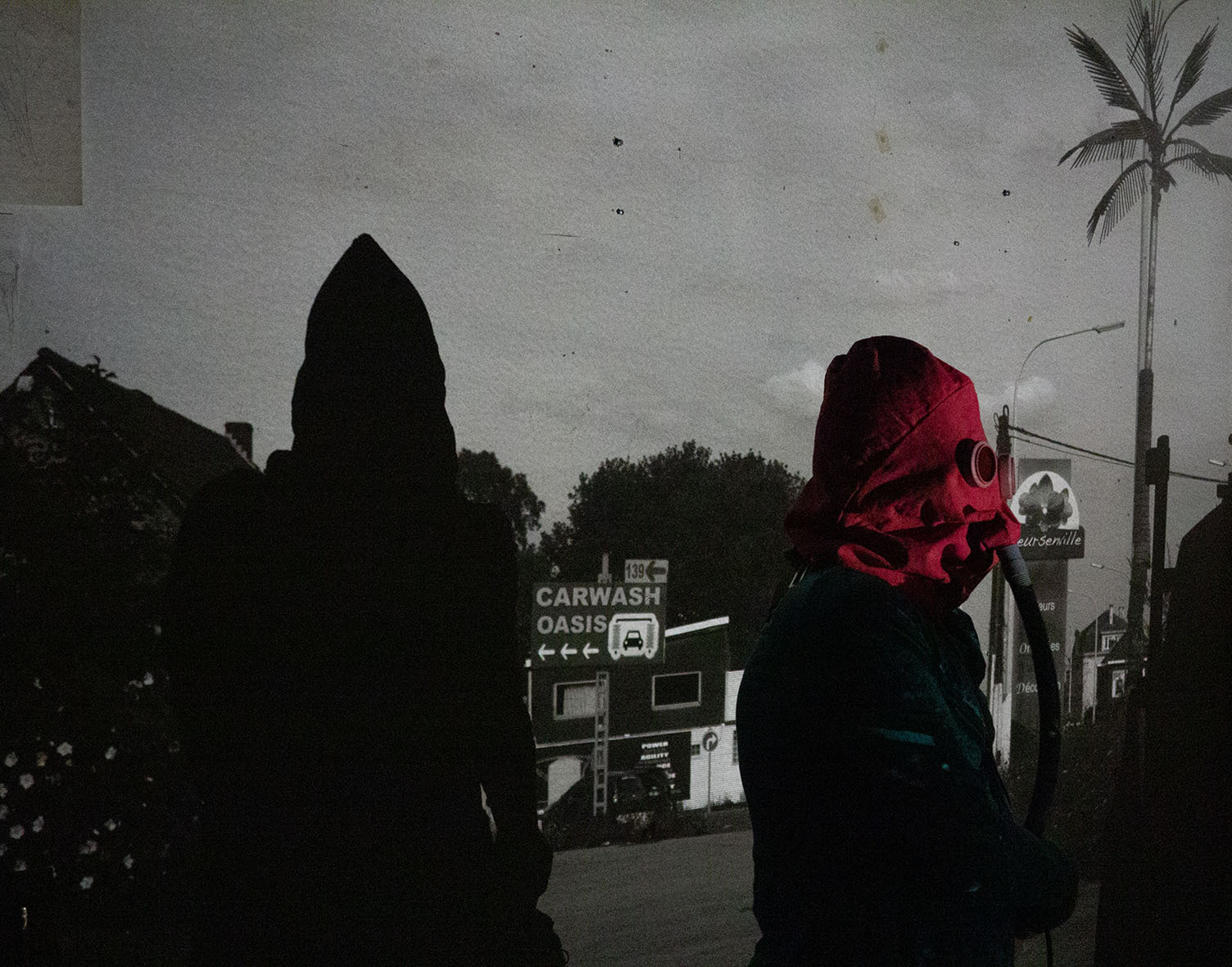 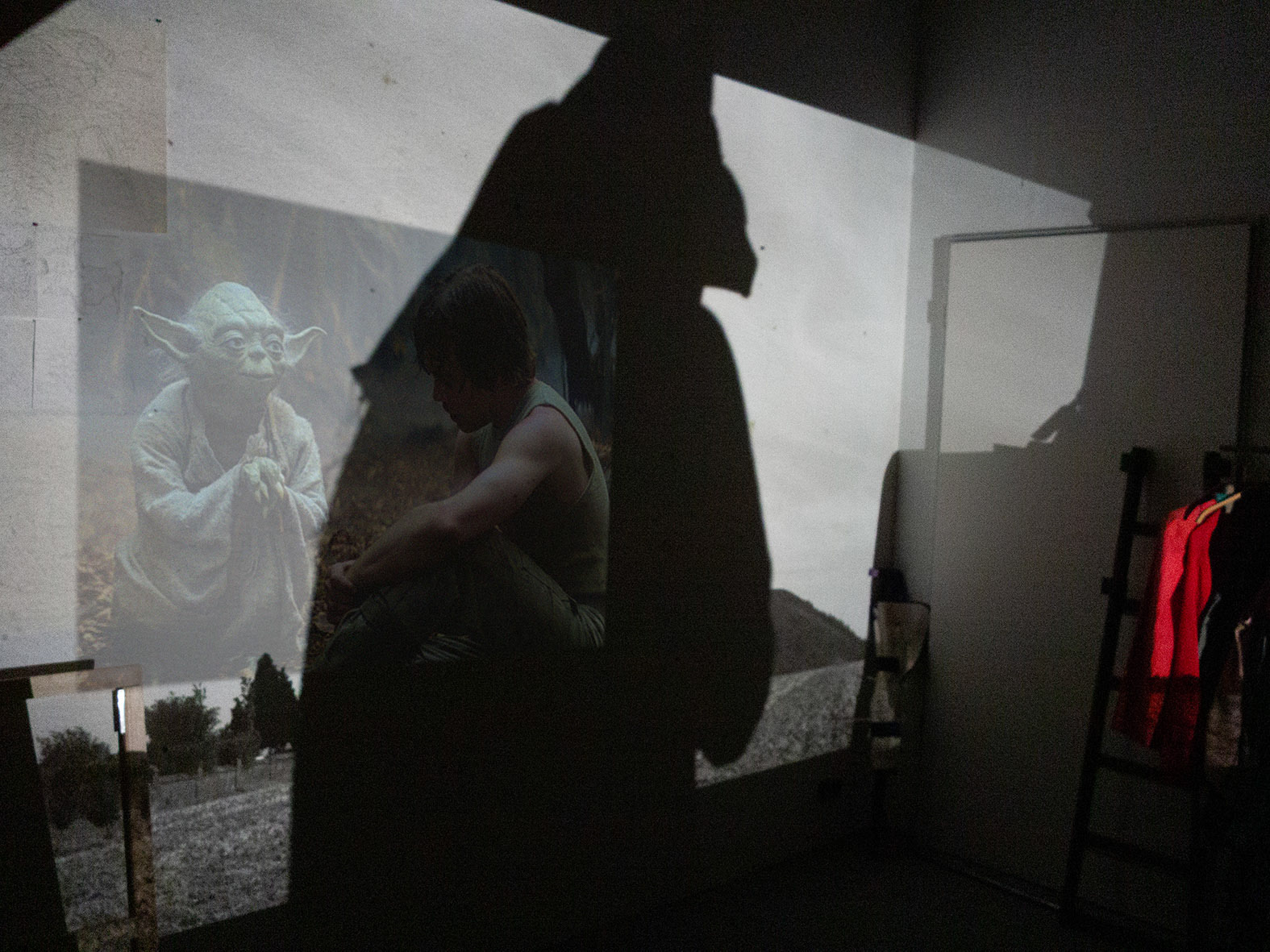 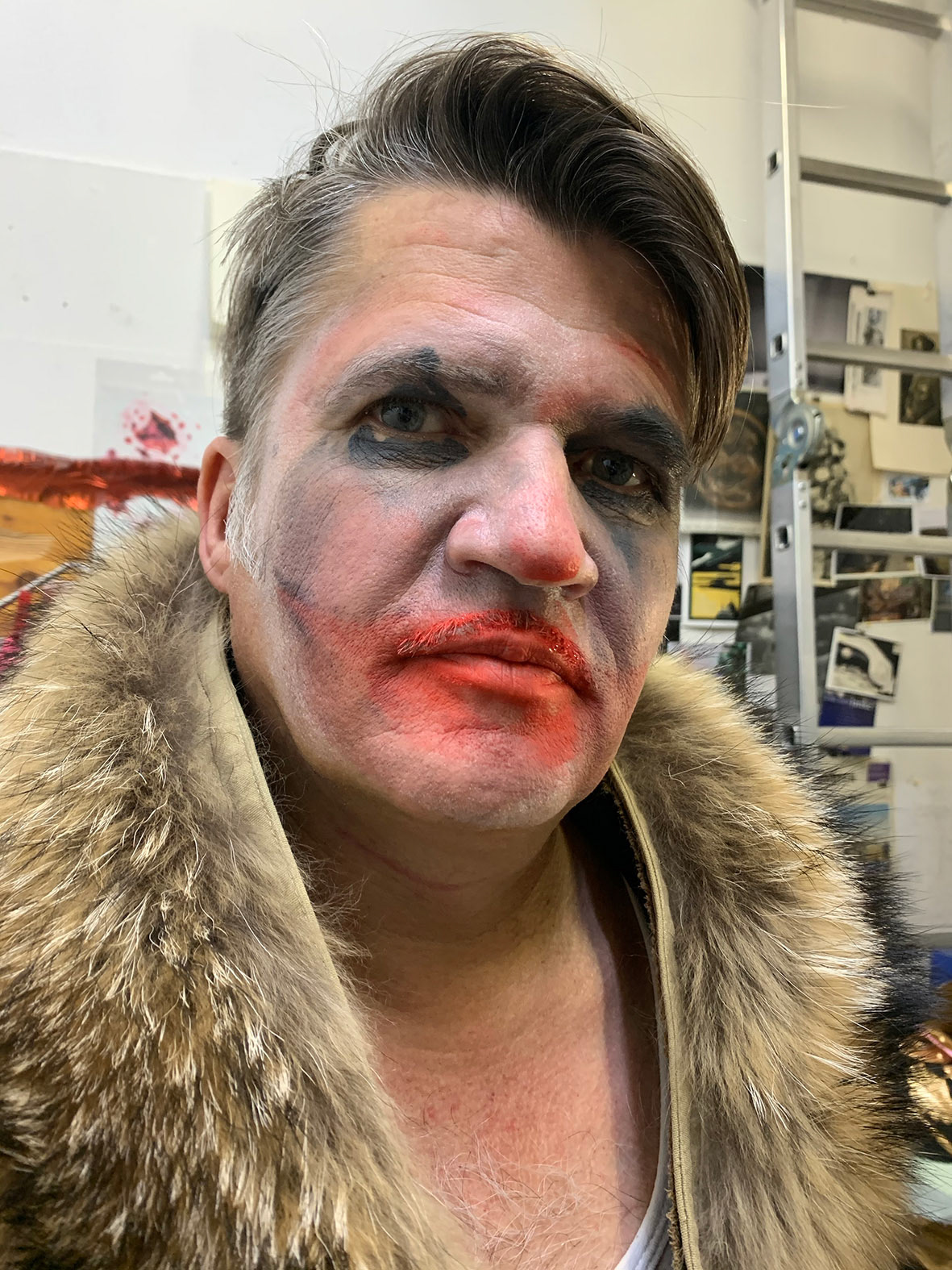